Abortion rights in Spain and Ireland: a continuous struggle

This article was originally published in RAG#6 by Leticia.


Unlike most of my Irish feminist friends, pro-choice politics were never an important issue I felt women struggled with. don’t get me wrong, I was openly pro choice in the sense I always believed women should not be forced to have an unwanted pregnancy and that they should not have to travel or pay for an abortion, but I always felt it was an issue dealt with in the past, so it didn’t worry me. When I
started to have sex , in the late 90s, I knew abortion was accessible for me in Spain and I never had to worry about facing an unwanted child in my life.

Since I was a kid I always knew I was an “accident”. My mother was 15 years old when she got pregnant. I always remember her telling people how shocking and terrible it was for her to realise she was pregnant just after the firsttime she ever had sex and how she tried to take aspirins to provoke a miscarriage. Then she would add, “Do not ever have kids, it is stupid. I love you and your sisters so much but if I could go back, I would ́t have any children”. My mum and I always had a very close, loving and affectionate relationship but it never occurred to me to ask why she did not have an abortion in the first place.

My mother got pregnant in 1981, only 6 years after the death of Franco. Before that, Spain lived under a strict Catholic conservative fascist dictatorship for 40 years. In 1982, the year I was born, the Partido Socialista Obrero Español (PSOE) came into power and 3 years later abortion was legislated.

I heard stories of people who had traveled in the 1970s to London to have an abortion. I always assumed those women were very rich and came from an upper class background who could afford a trip to London, so those stories didn’t interest me.

While I was in Spain I had my first abortion. I usually don’t talk about it because I find it insignificant in my life. I remember it as simple as finding out I was pregnant. Yes,it was dramatic, but I was a Spanish teenager so my life was a drama anyway. My mum booked an appointment, we went to the clinic and were back home after 2 hours. It was easier than having the flu for me. Sometimes I forget I had it. Everyone around me was very supportive. It felt natural in all senses: my family, friends, medical staff, my mum ́s friends. It was a simple procedure that it didn’t affect my life.

It was not until I moved to Ireland that I learned about pro-choice politics. I learn about the hypocrisy of this country pretending Ireland is a place without need for abortion, when in reality women had to travel abroad, lonely and scared and stay in an unfamiliar place. I learned about the stigma those women had to face and how taboo abortion is in Ireland. I learned about the 8th amendment, Youth
Defence, “the unborn child”, the X case, 12 women traveling every day. Those things made me angry, and I was shocked how I never linked something as basic as women’s bodily autonomy with feminism. I remember talking to Spanish friends about stories related to abortion in Ireland and they were all horrified and shocked about the situation in this country. We were not aware then how quickly things can change and that we can never take things for granted.

In Summer 2012, Youth Defence created a huge campaign all around the country. A lot of us were very furious and got together to try to organise and do something about it. During this new surge in the pro-choice movement, I became pregnant. I became pregnant and I wanted to have an abortion. I became pregnant and everything around me was related to abortion. It was very hard for me to not tell
everyone about what I was going trough. I think I shared too much with people I didn’t know that well. I was shocked, yes, but I also was surrounded by amazing women who understood perfectly for what I was going trough. Still, it was hard. I was too broke to go to Spain or to the U.K. I was already in too much debt to ask a friend for a loan. I was lucky to be involved in pro-choice activism to know
about Women on Web, so I ordered the abortion pills from the Internet through my friend from Belfast. I had an abortion the day after the March for Choice 2012. I did it at home, scared, in pain and feeling very lost and confused about what was happening. I wouldn’t recommend it to a serious hypochondriac like me.

Weeks after, I traveled to the London Anarchist Bookfair to work at the Workers Solidarity Movement stall. There were two ladies sitting in the stall next to me. Eventually I started to chat with one of them. Her name was Anne Rossister and she mentioned she was involved with the Irish Abortion Support Network. The first thing I told her was that I recently had an abortion. She took my hand, looked at me and told me: “Why did you not contact me? You could had stayed at my house and we could have gone trough this together. I would have paid for you. We always find a way to raise money”. I started crying and I realized then that I was chatting with an absolute living hero. She gave me her book, Ireland’s Hidden Diaspora, and we spent all day chatting away.
This was the first time I heard about the the Spanish Women’s Abortion Support Group (SWAS), the sister organization of Irish Women’sAbortion Support Group (IWASG). IWASG and SWASG started in the 1980s, where a brave group of women came together in sisterhood to offer any kind of help and finding their own ways. Those women, during more than 20 years, provided accommodation, information, money, and
transport to women arriving in the capital for abortions in a voluntary basis and with no funding.
Blanca Fernandez, who was involved in 1987, defines those networks as the main idea of grassroots politics. They would help with anything: taking women to the clinic, making posters and banners , meetings and conferences and fundraisers . They would offer their own homes and it was a moving sense of solidarity among each other.

For Spanish women traveling to London was really hard. Unlike the Irish women, most of them did not speak English so they couldn ́t understand the medical staff . The Spanish Abortion Support network helped to translate and explain the procedures in Spanish. But lack of English language was not the only barrier. Isabel Ros mentioned in Anne’s book how she often had to ask women to speak
up on the phone, but they wouldn’t. They were whispering because they were terrified of being overheard.
Spain’s conservative right wing party, Partido Popular, is taking the opportunity of being in power at a time of economic and financial crisis to suppress women’s reproductive rights, putting the clock back nearly 30 years, to when abortion was first decriminalised. It was very restrictive compared to many other European countries at the time, but a major breakthrough for women in Spain.

Since 1985, (my mum could not choose to have and abortion 4 years before, in 1981) abortion was legal under 3 major conditions: to preserve the physical and mental health of the mother; if the pregnancy was a result of rape or incest, or if the foetus was likely to suffer mental or physical abnormalities at birth.
Since 2010, abortion was mainly on demand, safe, and free. However, this government wants to reform the abortion law and is using Ireland as a model to follow their plans. If the government gets its way, Spain will join Ireland to become the only two major European countries that prohibit abortion where the foetus is malformed.

Our situation in both Spain and Ireland is depressing. The more that abortion is restricted, the more desperate women will seek unsafe, backstreet abortions, putting themselves at great risk, especially in this big economic crisis that affects the most disadvantaged women who cannot afford to travel, or migrants who are not allowed to leave their country of residence. But the work that those amazing
women did is too solid and impossible to break. Those women were sick of being scared. Those women are an inspiration for the new generation of pro-choice activists who are not afraid.

Both in Ireland and Spain, pro-choice activism is as big as ever . We do not want anybody to have to whisper on the phone to have an abortion in another country. We want to have all the choices available in our countries. I wish we could build this sisterhood between Irish and Spanish women again . Women still need our support, and together we can send a powerful message. I will never forget those
women, the ones who, like my mother, had to face an unwanted pregnancy because they couldn’t afford to travel– the ones who travelled and the ones who helped them.
They were all so brave. Cowards do not make history.

Since this article, the Spanish Government passed  the abortion ban legislation.
In opposition to this, many protest again this decision are ongoing in Spain and other European countries.
In Ireland, the Abortion Rights Campaign are organizing a protest outside the Spanish Embassy this Saturday 8th February at 2p.m. More details here: https://www.facebook.com/events/203800399815153/?ref=br_tf
There is also a banner making event the day before at Jaja  Studios in Stoneybatter from 6pm.
More info contact the Abortion Rights Campaigns http://www.abortionrightscampaign.ie/ 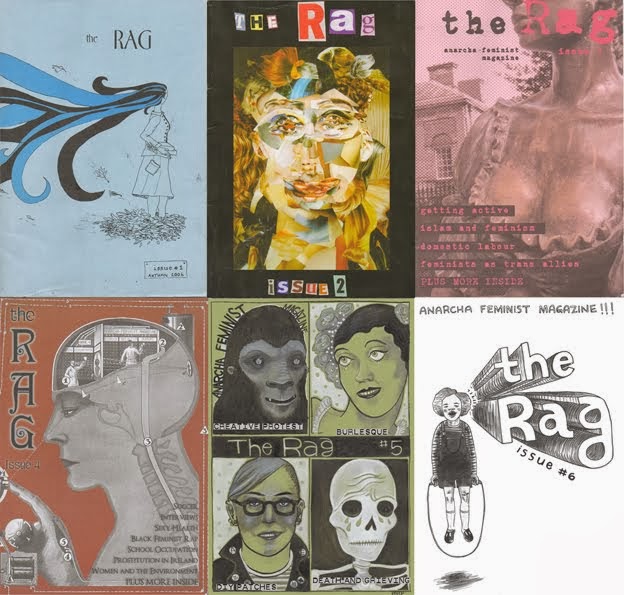